History of the Castle

Home / Teutonic Castle in Toruń / History of the Castle 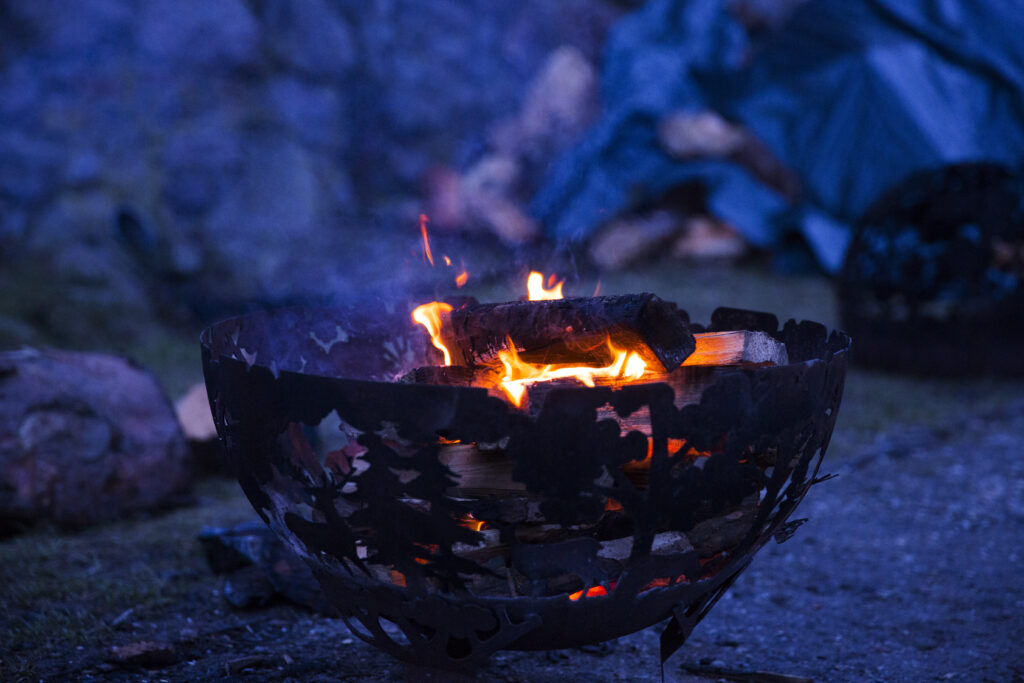 Research on settlement in the early Middle Ages in the Chełmno Land showed that the Goplan tribes lived in the vicinity of Toruń. Already in the 7th century we find traces of their presence. Until the mid-tenth century, the settlement of Goplan developed relatively unevenly here, however, from the mid-tenth century, we can state that there are territorial units in this region and the entire Chełmno Land. They had the character of unofficial or fortified estates. Probably such a fortified settlement was established on the site of today’s Teutonic castle ruins. Due to the fact that in the 10th century the function of settlement centers changed and the construction of castles began in places of strategic importance, this settlement soon turned into a defensive stronghold. The formation of the stronghold was accompanied by the formation of the early feudal Polish monarchy. According to Jadwiga Chudziakowa, who conducted archaeological research in the area of ​​the Teutonic castle in the 1950s and 1960s, this stronghold stood on a hill and certainly existed in the 10th century. 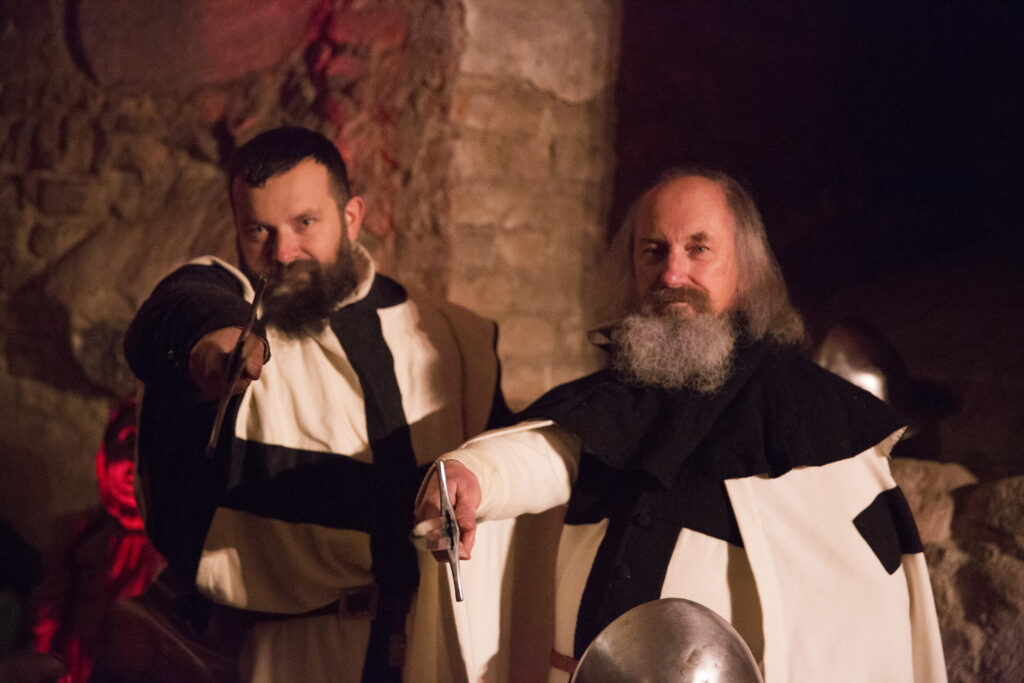 The Order of the Hospital of the Holy Virgin Mary of the German House appeared near today’s Toruń probably at the beginning of 1228. A small group under the command of Philip of Halle, consisting of two monks, accompanied by a detachment of knechts, manned the stronghold known as Vogelsang (Bird Singing) in the Teutonic tradition. The stronghold was situated on the left bank of the Vistula, opposite today’s relics of the Teutonic castle. In the spring of 1230, the second group of religious brothers arrived and, having joined the branch of Philip of Halle, led by Herman von Balek, took the town of Nieszawa. This stronghold was given to religious brothers by prince Konrad of Mazowiecki. It was situated opposite the present-day town of Stary Toruń. There were seven brothers in Nieszawa – this is the number given by the Teutonic chronicler Piotr of Dusburg. From Nieszawa, in 1231, the Teutonic Knights crossed the Vistula river across the crossing that existed there and started building their first seat in the Chełmno Land (today the town of Old Toruń).

Destruction of the castle 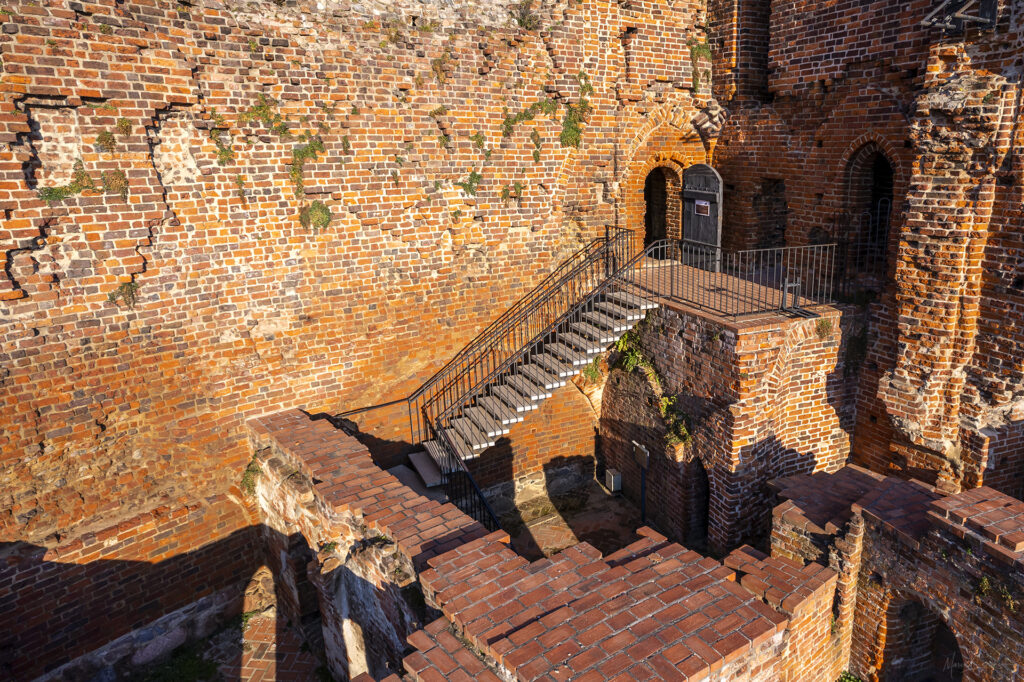 In 1454, as a result of a number of political and economic reasons, the Thirteen Years’ War began, the aim of which was to join the lands of the Teutonic Order to the Polish Crown. At the beginning of February of the same year, the Secret Council of the Prussian Union decided to renounce the obedience to the Teutonic authorities and surrender to Poland. As a result of this decision, riots broke out in most cities of the monastic state. The centers of power in the cities, i.e. castles, were seized and destroyed. Toruń was the first city to revolt and on February 7, 1454, the townspeople of Toruń launched an attack on the castle. Unfortunately, it did not bring any results. After the unsuccessful assault, the siege and shelling of the castle began from the side of the Vistula and the Old, New Town and the so-called free castle. It did practically no harm to the Teutonic Knights, which was the truth that fires broke out in the outer bailey, but it was caused by the religious brothers themselves. 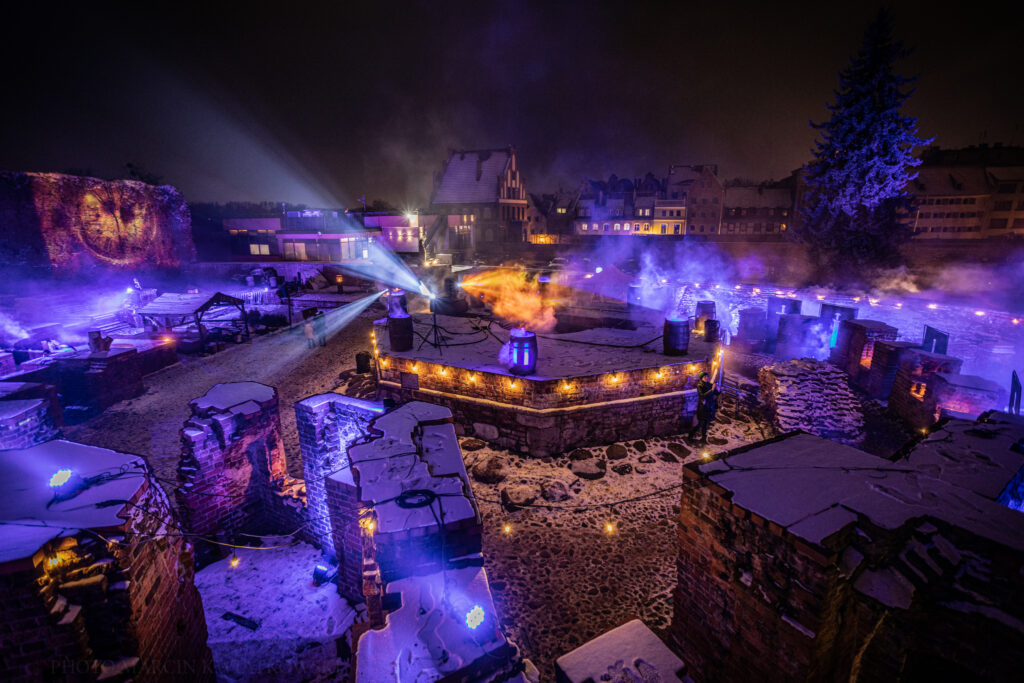 After the destruction made in 1454, the castle area was constantly rebuilt. On the west side, probably shortly after the demolition of the castle, the so-called Strzelecka Moat. The name comes from giving the townspeople a permit issued by King Kazimierz Jagiellończyk to use the Moat for shooting exercises [ćwiczenia strzeleckie in polish] (it functioned as a shooting range until 1906). In 1484, using unspecified buildings in the south-west corner, the Manor of the Brotherhood of St. Jerzy, also known as the Dwór Mieszczański (it has survived to our times). The manor house was built of the castle brick from the demolition. After 1454, the so-called Two mills, Upper and Lower, still operated in the northern depression. Lower became the seat of the royal mint in the 17th century. In the years 1588-1589, the remains of the castle walls were inventoried by Fryderyk Vroom and he presented an opinion on their use in the defense system of Toruń.

Institution financed by the Commune of the City of Toruń